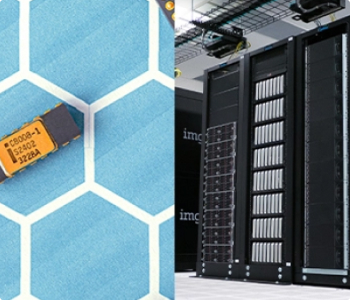 In this article, we walk through a neuralSPOT example application using it as a guide for how to use the SDK to integrate, develop, and deploy sophisticated AI models on Apollo4.

Often, the best way to ramp up on a new software library is through a comprehensive example – this is why neuralSPOt includes basic_tf_stub, an illustrative example that leverages many of neuralSPOT’s features.

In this article, we walk through the example block-by-block, using it as a guide to building AI features using neuralSPOT.

Side Note A “stub” in the developer world is a bit of code meant as a sort of placeholder, hence the example’s name: it is meant to be code where you replace the existing TF (tensorflow) model and replace it with your own.

Everything but the Kitchen Sink

Basic_TF_Stub is a deployable KWS AI model based MLPerf KWS benchmark – it grafts neuralSPOT’s integration code into the existing model in order to make it a functioning keyword spotter.

The code uses the Apollo4’s low voltage AUDADC analog microphone interface to collect audio. Once collected, it processes the audio by extracting melscale spectograms, and passes those to a Tensorflow Lite for Microcontrollers model for inference. After invoking the model, the code processes the result and prints it out on the SWO debug interface. Optionally, it will dump the collected audio to a PC via a USB cable.

Along the way, this example uses many neuralSPOT features, including:

The code is structured to break out how these features are initialized and used – for example ‘basic_mfcc.h’ contains the init config structures needed to configure MFCC for this model.

Basic_TF_stub, like every neuralSPOT example, is a standalone application – that is to say, it compiles into a binary file that can be uploaded to an Apollo4 evaluation board and executed. The entire application is defined in one file, basic_tf_stub.cc, which pulls in a series of header files structured to highlight how many of the used neuralSPOT components are instantiated and initialized. There are a lot of them, but they’re all fairly short.

We’ll walk through each component below.

The code is fairly straightforward, so this document will focus on explaining the trickier bits.

The main application loop is a simple state machine:

The code is the best document, as usual, but some things to look out for while walking through it:

NOTE SWO interfaces aren’t typically used by production applications, so power-optimizing SWO is mainly so that any power measurements taken during development are closer to those of the deployed system.

This contains definitions used by the rest of the files. Of particular interest are the following #defines:

These defines impact how we set up ns-audio and how we process the samples using ns-mfcc. MFCC works by moving a compute window over the audio sample (and in this example, we do that for every collected sample). SAMPLE_RATE, SAMPLES_IN_FRAME, and NUM_FRAMES are all related and are dictated by the particulars of the KWS model we used. In this case, SAMPLES_IN_FRAME are 16000/(49+1).

The basics of using the ns-audio are straightforward, but basic_audio.h can look complex because it demonstrates both NS_AUDIO_API_RINGBUFFER and NS_AUDIO_API_CALLBACK API modes.

This one has a couple of hidden complexities worth exploring. In general, the parameters of this feature extractor are dictated by the model.

The other tricky bit is the mfccArena, which is used to store pre-calculated filters and temporary state. The ns-mfcc library maps a number of arrays to this memory block which translates to the messy sizing of the Arena (still better than the Tensorflow Lite Micro approach, which is ‘guess and we’ll tell you if you’re right’). 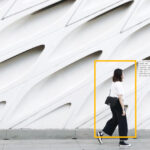 This is a detailed list of the features spread out over neuralSPOT. If you'd like to see a new feature, please file an issue on the repo. 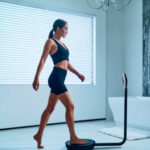 NeuralSPOT is designed to ease the integration of AI models from many sources. In this article, we walk through how to use neuralSPOT Nests to deploy one such external software package (EdgeImpulse C++ models) onto Apollo4 Plus. 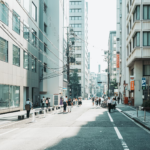 This article focuses on optimizing the energy efficiency of inference using Tensorflow Lite for Microcontrollers (TLFM), but many of the techniques apply to any inference runtime.